The Way Forward for Artisanal and Small-Scale Mining in Africa

The artisanal and small-scale mining (ASM) sector in Africa is a thorny issue for both governments and large-scale mining (LSM) companies. These operations are mostly conducted in remote, environmentally vulnerable areas. They are largely unregulated and pose major security challenges to LSM mine sites. ASM mining and miners are usually a point of discussion at the major mining forums and continue to be a challenge that should be managed. In recent years, this has become an increasingly contentious topic with a rising urgency attached to it. Unfortunately, the topic is a sensitive one in light of the fact that it is an industry that provides much-needed employment on a continent fraught with unemployment.

Millions of workers across the globe engage in ASM activities in an industry fuelled by ever-increasing commodity prices and limited opportunities in other industries. Many of these individuals are the sole providers for millions upon millions of dependents. These numbers are increasing at an exponential rate, especially in Africa where unemployment rates are at an all-time high, and sadly, also rapidly rising.

The Negative Impact of ASM

As commodity prices fluctuate, economic shocks and mine closures lead to increased numbers of ASM miners arriving in areas where they are able to mine. This leads to environmental and community stresses exacerbated by limited supervision and a lack of legislation by local governments. The negative impact made by ASM includes: 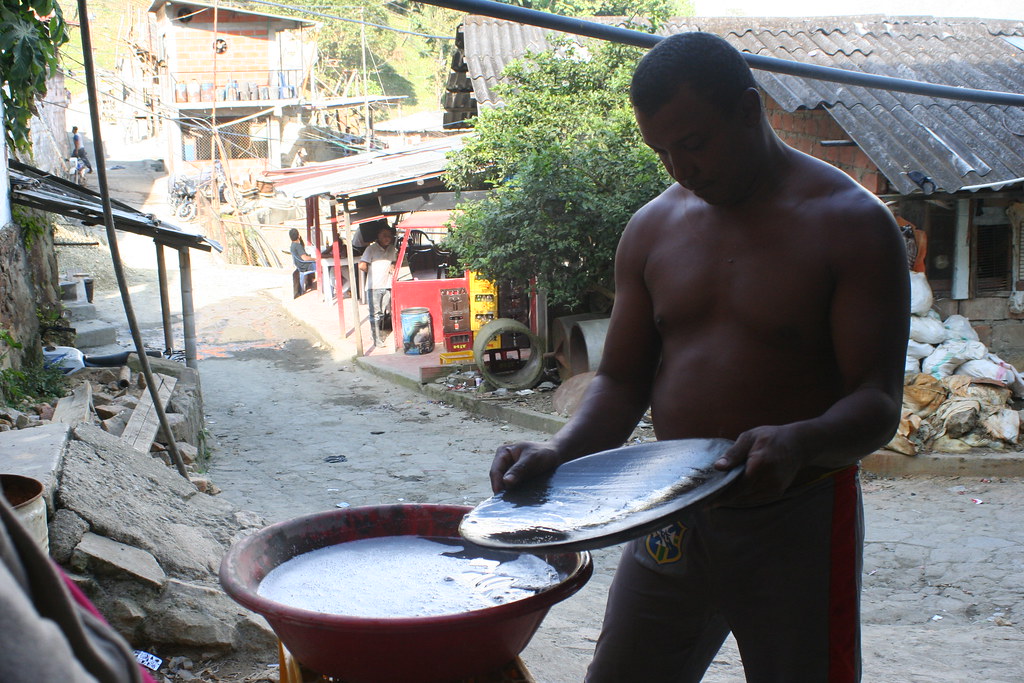 Is It All Bad?

In spite of the negative impacts associated with ASM, the industry also has a positive impact on mining areas and its residents. Unlike LSM mining practices, ASM is labour intensive. This means that it creates more job opportunities. Because revenues generate increased local purchasing power, it benefits the local economy as a whole. The potential of making a positive local impact was recognised at the African Mining Vision 2050 conference where it was decided that ASM should be harnessed to improve livelihoods in rural areas, stimulate socially responsible entrepreneurship, and to promote national and regional cooperation and development. But not everybody agrees with this sentiment, especially LSM mining companies.

The strenuous relationship between ASM and LSM enterprises can be attributed to two main factors. One is that ASM is often linked to organised crime networks who oppose LSM companies as well as the development and legalisation of ASM. The other factor is that larger mining enterprises are concerned that assistance to ASM miners will result in uncontrolled inflows of miners. Can these issues be successfully addressed? Industry experts believe that it is possible for ASM and LSM to forge successful alliances. LSM companies could assist ASM enterprises by introducing technologies, proper health and safety practices, and other best practices when it comes to limiting the negative environmental impact made by mining companies. In turn, ASM would be operating under less challenging circumstances, which would minimise security risks for LSM companies. By working together, community development could be maximised.

What Is Being Done to Make This Happen?

While African states have clearly failed in terms of security at mining sites, various initiatives aimed at supporting improvements in ASM practices do exist. The World Bank launched the Communities and Small-Scale Mining (CASM) project with the goal of helping ASM miners alleviate negative environmental impacts, improve health and safety practices, and increase awareness of policies and practices to governments and agencies across the globe. CASM began collaborating with the International Council on Mining and Metals (ICMM) and with the IFC Sustainable Community Development Fund for Oil, Gas, and Mining as early as 2010. This resulted in a comprehensive guide aimed at helping LSM and ASM companies work together and at assisting local governments with addressing the various challenges. Did this have any effect?

The Future of ASM Is Still Unknown

It is difficult to measure the progress and impact of interventions made in the ASM sector. There is a distinct lack of data and, because ASM activities are so widespread, it is almost impossible to gather such data. The biggest challenges continue to be access to mineral rights, skills and technologies, health and safety concerns, and some kind of structure support framework. As the demand for minerals in Africa continues to rise and international LSM companies continue to develop new mines throughout the continent, ASM activities will continue to increase, as will the security, social, and environmental challenges they bring.

In exploring this practice, it is important to acknowledge that ASM covers a broad range of mining practices. In many areas throughout Africa, this type of mining has been a traditional activity passed down through generations. It is often used as a seasonal business activity to supplement livelihoods largely derived from agriculture. These people have relied on ASM for generations and have to be accommodated in any potential changes to policies.

Real research and cooperation between governments is required, and unfortunately, there is no valid indication that this is a priority for mining companies and policymakers in Africa. And even with the drastic policy change, the infrastructure to implement and enforce policy is simply not there. Going forward, the only way to solve the issues is to train government officials at national level to understand and manage the ASM sector. It is critical that governments take the necessary financial and political steps to invest in research and training.